Dustin Off the Next Race: Ally 400

The last couple weeks for NASCAR has seen some extreme highs, and some unfortunate lows.  It has been a much needed week off for everyone, especially considering it is the only week off the entire year.

The week away started with one of the absolute best feel-good moments the sport has seen in quite a long while.  Mike Joy certainly was right when he said, “It’s always great when nice guys finish first.”  Despite everything that Daniel Suarez has endured in his career, he never quit and something just felt like he was going to finally shatter his own glass ceiling in order to prove he belonged.  Yes, he’s a former Xfinity champion, setting a huge benchmark for international drivers.

However, this was the big time, and trying to succeed at the Cup level was not easy.  He came in abruptly, taking over for a sudden retirement of Carl Edwards.  His time with Stewart-Haas wasn’t as successful, then he came to Trackhouse, trying to find his way.

His break came when he got the chance to run in the equipment that Chip Ganassi had, and Trackhouse purchased.  That changed everything, since now he was in stronger equipment, with better resources.

He already saw his teammate get his first and second career victories, but his time had yet to come.

It seems appropriate that it came at Sonoma, where his fanbase was strongest, and he was happiest.  To see every driver stop on the way around the track to give him a wave out the window, a fist bump, or anything to acknowledge the accomplishment, it is astounding.  That doesn’t happen a lot these days, possibly not since Kyle Larson got his first career victory after coming so close so many times.

The pinata being broken, and seeing the joy on the crew and Suarez, it was worth the wait for everyone to finally see it become a reality.

At the same time, in the week that followed, we lost an icon in track management and ownership.

It’s hard to put into words what Bruton Smith has meant for the motorsports world, and how his influence on every track was felt.  It was not just NASCAR he had a great influence on, but open-wheel and NHRA.  He’s just as iconic a track owner as Eddie Gossage, or Humpy Wheeler.  He’s truly on that level.

To see the news that he passed away is heart wrenching.  A big part of the sport was lost when he left, and he certainly will be missed at every track, by every driver, and every individual that had the honor of meeting him.  We may say goodbye to Mr. Smith, but we will know he’s happy with all he’s accomplished.

And now, we must start a 20-week run of races, with no breathing room, no breaks, and a playoff field that is already 75 percent full.

This could be the most competitive and unpredictable playoff run NASCAR has seen since this format was implemented back in 2014, especially with so many winners already having their spot all but claimed.  This run to the playoffs now has a lot on the line, since just relying on strong finishes no longer is an effective way to make it into the field.  Even the drivers that historically can be contenders, like a Kevin Harvick, have yet to win, and the pressure has now gotten so high it’s about to blow.

This 10-week run to set the field begins on a concrete track that debuted a year ago, but has shown that it was very welcoming to finally having Cup competition at it’s famed speedway.

Having the sport in Music City, being so close to historic places like Graceland, the Grand Old Opry, and the Ryman Auditorium, it is enormous.  The only hope is that Nashville learned from last year’s parking issues that caused some fans to arrive either right when the green flag waved, or shortly after.

Now, we dust off the stretch run to the finish this season, and come the end of today, someone is holding up a guitar, and probably going to strum a few licks if they are able. 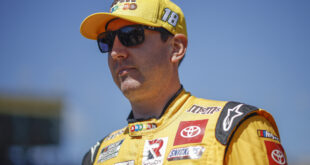 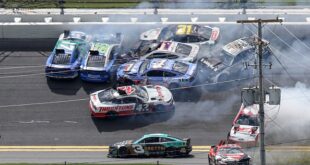 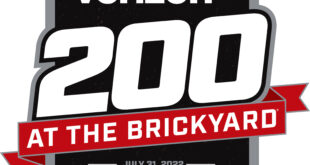 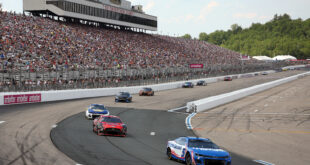