Home / NASCAR / Cup Series / Dustin Off the Next Race: AdventHealth 400

Dustin Parks May 15, 2022 Cup Series, NASCAR Comments Off on Dustin Off the Next Race: AdventHealth 400 55 Views

Welcome to the center of the country where tornado alley is well known, Patrick Mahomes is a savior, and any references to Wizard of Oz are as common as the Great Plains.

But, this week certainly has not been great if you were to look at both sides of how things finished this past Sunday.

There’s always two sides to every story, so they say, and then there’s the unblinking eye that delivers the third story.  It’s the 22 vs. the 24, and who exactly is right in this situation.  Now we’re heading into the next race not talking about who could win their way into the playoffs, but still deciding on what was the right move six days earlier.

First off, the winner.  Joey Logano ran hard, and he could tell that when he was closing in on the 24, the car was not handling as well, and he was trying to block.  So, in one way, using the bumper could be the only way he could have won, least in his eyes.  At the same time, the bump itself was the one that was discussed the most.

We’ve seen the bump and run countless, literally countless, times on the track.  Normally seen at places such as Martinsville, Bristol, or Richmond.  We have seen it on one other occasion at the same track as last Sunday, a little battle between Kurt Busch and Ricky Craven.  The difference is the bump and run has been long known as a quick hit to move someone out of the way, and if they spin, so be it.

Why wasn’t Chase Briscoe’s move at Bristol on Tyler Reddick talked about more?  He wasn’t trying to bump him out of the way, but rather dove for the position, and slid up.

We don’t talk much about Dale Earnhardt’s bump-and-runs he’s given over the years, although we have talked when it’s given back to him like Jeremy Mayfield did at Pocono in 2000.  Jeff Gordon has experienced a few bumps as well, such as 1997 and 2002 at Bristol on Rusty Wallace, then on the receiving end of one in 1998 at Richmond, ironically also by Wallace.

The reality is, at least with the last ones described, those discussions were done in private, or on post-race shows, and in the weekly race reports.  There was no “immediate reaction” like we have today with Twitter or Facebook.

If Logano’s move was to move Byron out of the way, he successfully did that.

The issue that folks are having is how he did it, and for how long.  For many, including myself, a quick bump and a car is out of the way.  Not trying to wreck, nor ruin a driver’s day, but just move for position.  Logano was square into the bumper, and shoved into the corner, putting Byron in a no-win position, going from first to eventually outside the top-10 at race’s end.  And what’s interesting is, Logano not only admitted he did it, but has since added fuel to the fire, stating, “He can keep going, but I can promise you I’ll keep going and I’ll go bigger every time.”

Obviously, Logano has seen what has happened at that point, because let’s not forget, in 2015 he went big on Matt Kenseth for a few races, and eventually Kenseth had enough and at Martinsville put him in the wall, much to the delight of the crowd.

On the opposite side, there’s the fans that are going with the “Boys have at it” mentality, which NASCAR has said is what we’ve seen for a lot of years.  Difference is now, it gets almost blasted like crazy when something goes awry.

Every move on the track these days is viewed like it could be one that gets headlines, for all the wrong reasons.

We didn’t have the access like we did years ago, and even media members when at the track during the race weren’t really talking about it except to one another, not for everyone to see via the web.  It’s a new era of how we get, view, and criticize information, and we just have to accept it.

Now, Logano must accept there could be a receipt coming his way, especially at a place where he delivered one years ago.

He best be watching his mirror, because Byron surely will be wanting to get his.  We now have to dust off not only this race, but all future ones down the road, including next weekend, where it’s all about money and not about points. 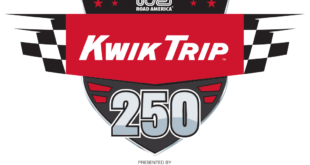 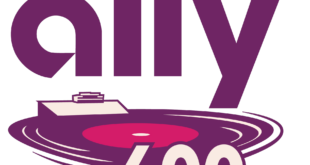 Dustin Off the Next Race: Ally 400 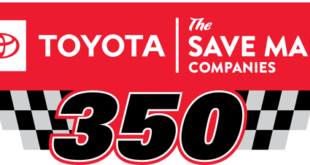 Dustin Off the Next Race: Toyota/Save Mart 350 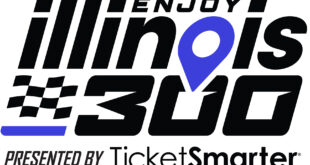 Dustin Off the Next, and Newest, Race: Enjoy Illinois 300

Over the last few years, NASCAR has really made a big effort into going to ...