Home / NASCAR / NASCAR’s Dilemma: Can it Prevent a Ripple From Becoming a Tidal Wave?

NASCAR’s Dilemma: Can it Prevent a Ripple From Becoming a Tidal Wave?

The last thing NASCAR needed after coming off such a thrilling event that saw it’s new popular driver finally get his first victory is bad news.  It didn’t matter the kind of bad news, whether a penalty, injury, or other notes that could dampen the win, bad news of any kind would overshadow what Chase Elliott accomplished.

However, what NASCAR has now is worse than just bad news…it’s reputation is now hanging on.

In a sport that has suspended drivers, crewmen, officials, spotters, and more for violating personal conduct or substance abuse policies, now has the ultimate coup-de-gras to deal with.

How exactly can a sport function, or just focus, when the man at the top of the chain now suddenly finds himself on the opposite side of what is right?  More importantly, how can NASCAR itself recover from the black cloud that Brian France suddenly has created?  Most of all, did the actions of France inadvertently began a ripple through the sport that could become a tidal wave of issues?

It’s no secret that NASCAR has been on a downturn for many years.  Lower attendance numbers, sinking ratings, plus rising costs to operate, and higher prices across the board for tickets, gasoline, food, and lodging all are things that have contributed to this swing.  The NASCAR that existed nearly 20 years ago, where it was at the peak of popularity, with so many companies willing to shell out millions of dollars to be on a car, or be an “official sponsor” of the sport are no longer a reality.  Teams are relying on two, three, sometimes upwards of six different sponsors to put forth the effort to compete during an entire season.

Just exactly how do sponsors react when the guy that is overseeing everything the sport has to deal with now has a mugshot?

There begins the first ripple in the water.  Although minor, this is a big blow to potential sponsors, especially at a time when the title sponsor only has one more year on it’s deal, and is already looking at not renewing once that season concludes.

Potential sponsors now have to look at if they want to put forth millions of dollars to a company that currently has a leader that has to answer to DUI and PCS charges, charges that came mere hours after the conclusion of Watkins Glen.

Current sponsors, the major “Official” sponsors such as Goodyear, Busch, Coca-Cola and more now also potentially have to look at if they want to continue in the sport.

Now comes the drivers themselves, and the crews, because they now have to wonder if the policy that is put out towards them regarding these types of incidents is only for them, or if it also goes for the higher up officials that are not the ones wheeling a car at 190 MPH on a weekly basis.

Facts are facts, when any member of the NASCAR community is randomly screened for drug testing, and they fail, they are suspended indefinitely, and then have to complete the “Road to Recovery” program.  It has led to reinstatement of many team members, with the most notable success being that of A.J. Allmendinger who has seen more success since he was suspended, and admitted his wrongdoing.

Then there’s the personal conduct policy, which is not as black and white, depending on the incident.

Kurt Busch was suspended at the beginning of the 2016 season when it came to light the accusations of abuse from his now ex-girlfriend, but he was reinstated when the facts came out and he was not charged.   His brother, Kyle, was forced to sit out the entire weekend at Texas in 2011 because of his actions on the track during the opening weekend Truck race, plus his “not sorry” attitude afterward.

So now, if those are the standard, plus many more on-track incidents as well, what is NASCAR to do?

Even though France is the lead man in the sport, the CEO and Chairman, he’s not above the policies that he set up for the sport to follow.  It cannot be a, “Do as I say, not as I do” attitude, because then it’s bending the rules because of position.  No worker at any job would be happy if they had to abide by a different set of rules than their boss, so why should France be treated any different?

This ripple is now starting to crest, picking up speed.

And now, what does this mean for the fan base of NASCAR, that fan base that has seemingly been dwindling despite so many advancements in safety, new cars that look like their street counterparts, and initiatives to bring those fans to the track?

It certainly doesn’t help the case that the sport is on the downturn.  Some have been saying for many years that NASCAR has been dying a slow, painful, death.  Many have still felt the sport died on February 18, 2001, when Dale Earnhardt was taken away from the sport in an instant.

So now, the most prominent member of NASCAR now finds himself on the opposite side of the law.  How exactly are fans going to react now that the top man is now facing charges?

Some may find it ironic because they felt under his leadership, things have gone downhill, and maybe want a change.  Sure, maybe not under these circumstances, but it gives those in charge a chance to look back and say, “What exactly can we do different?”  Others may feel that if the policies he put forth towards the drivers and teams are good enough for them, he should follow them too, and either be forced or do so on his own immediately and step into the recovery program.

Then there’s those people who have the mindset of, “It was bound to happen,” which in reality is not the right way to think in this situation.

Now that ripple has become a wave, and is coming right to shore.

How NASCAR reacts to this incident will determine if this ripple stays small and only lands at low tide, or if it will gain a lot of unexpected strength and suddenly crash to shore, taking out many things that NASCAR has built up over the years with it.

Already France has decided to focus on his personal affairs, declaring one day after his arrest that he is taking a leave of absence from his position for an indefinite time frame.  That may slow that ripple from developing as quickly, but truth of the matter is what happens now is out of France’s control.

Sponsors, manufacturers, teams, drivers, and fans alike now have a lot of critical decisions to make, and it’s those actions that will dictate where the sport goes from this date.

Do they stop that ripple, and move on, expecting the sanctioning body to make the decision?  Or, do they add strength to that ripple, causing it to crash to shore, and with it NASCAR suddenly is in a state of limbo that it never experienced through 70 years of existence?

That’s for those involved with NASCAR to decide, because in the end, they will be the ones needing to wade through these troubled waters. 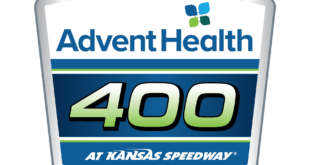 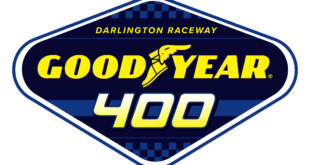 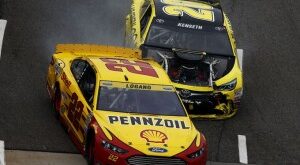 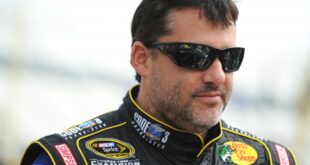